HISTORY: The Treaty of 1855 was signed June 9, 1855 at Camp Stevens in the Walla Walla Valley. The treaty is between the 14 confederated tribes and bands of the Yakama Nation and the United States. The Yakamas became a sovereign nation 167 years ago within the boundaries of the Yakama Reservation, ceding much of their ancestral territories to the U.S. government.

PARADE: Yakama Nation Treaty Dasy Parade is Friday (6/10) at 10:00 a.m. It’s the highlight of the Treaty Days festivities going on in Toppenish. The theme for this year’s parade is “Better Together”. The Grand Marshal is the Miss Toppenish Court. Make sure to bring a bag to collect candy! The parade route goes along Buster Road, near the Yakama Nation Cultural Center, then on to Wishpoosh Rd. and ends at Legends Casino on Fort Road. Following the parade, there will be a sack lunch at the Yakama Nation Cultural Center.

Coronation of the Miss Yakama Nation pageant winners will be at 11 p.m. Saturday, June 11, at the powwow. 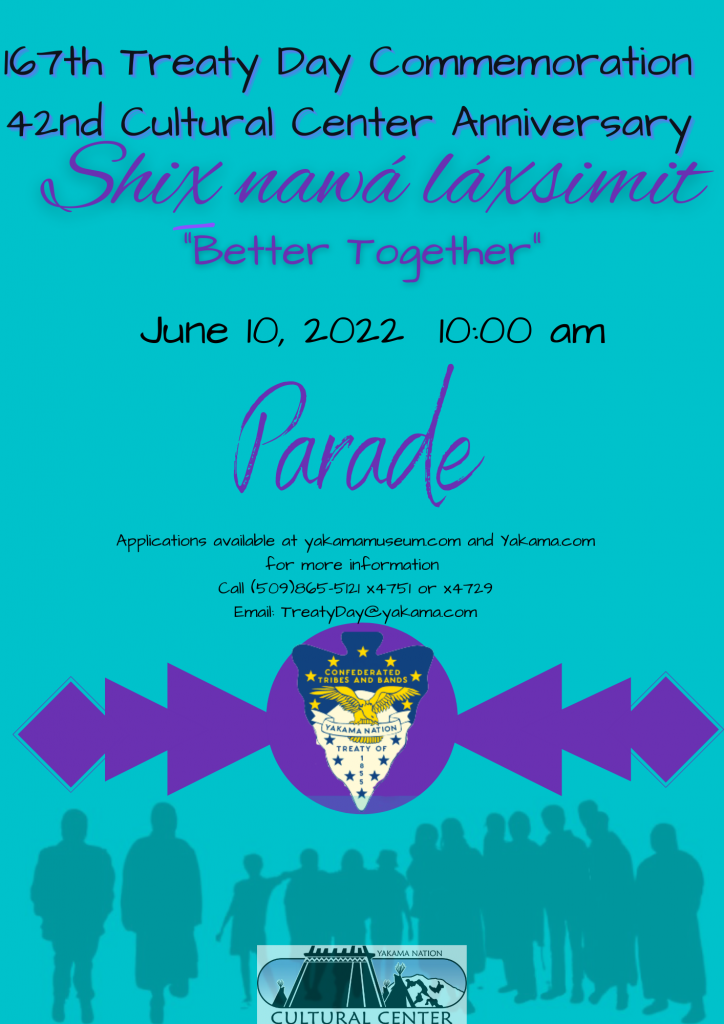