Baseball, hot dogs, apple pie and Chevrolet have company with fireworks and democracy here in the good ‘ol U.S. of A. and that was recently put to the test in East Valley.

For years, Moxee has been one of the very few towns in the entire state that still allows for the discharge of fireworks on the Independence Day. While it has been a wildly huge attraction for the town of approximately 3,000 citizens, it also has its detractors who cite the, mostly, obvious complaints, i.e., fire hazard, debris, the fear the noise strikes in dogs and those suffering from PTSD.

The city council decided to put it up to an informal vote via a survey sent to every registered voter and the results were overwhelmingly in favor of keeping the annual tradition intact. Out of the 1,424 ballots sent out, 435 were returned with approximately 10% of the respondents suggesting to ban fireworks altogether with 21% calling for a ban on the personal discharge (still allowing for a public display) and the vast majority (67%) voting to keep the current municipal code as is.

You can see the official returns and comments below. 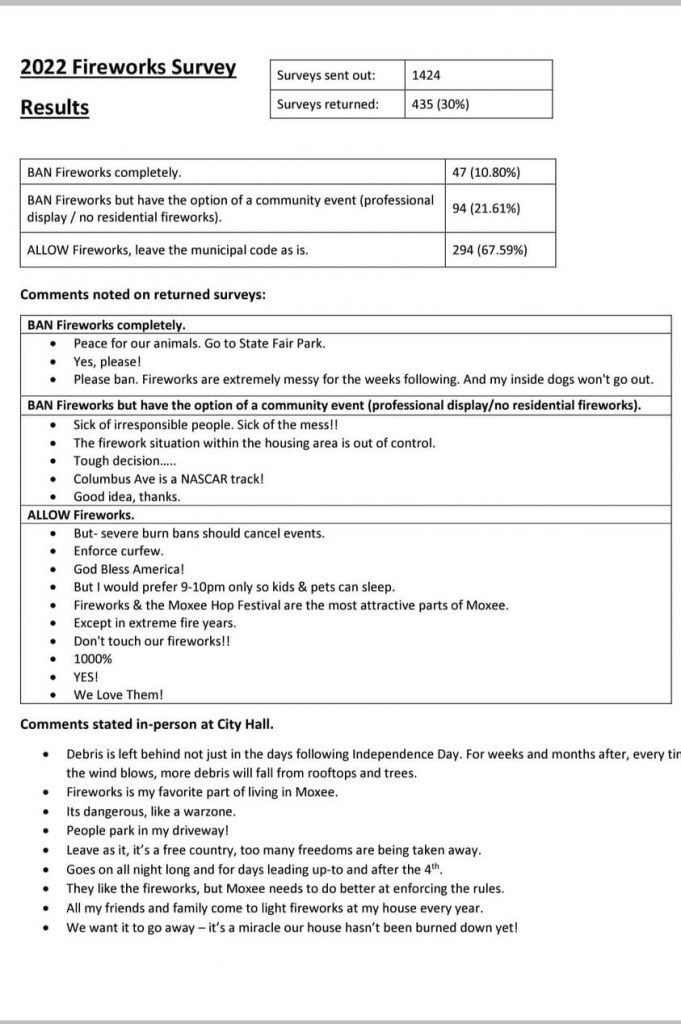 If you’ve never experienced the Fourth of July in Moxee, here is a taste of exactly what it is like: